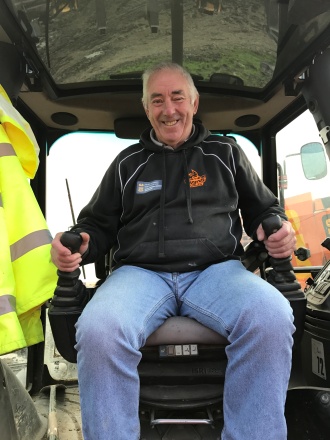 Having worked as a diary farmer from a young age, Clive bought a JCB and formed Clive Edwards Contracts in the 1970s, originally with the intention of supplementing the farm’s income through plant hire.

Customers then started to hire Clive to run their projects as well as drive the JCB and Clive began undertaking his own projects on and around the Vale Business park in Llandow, South Wales. With his ‘hands on’ approach and a reputation for achieving quality, Clive began specialising in agricultural concrete works, completing many civil engineering projects across South Wales and beyond.

In his spare time, Clive has competed for his country in many sports including scrambling, judo, and surf life saving. More recently, Clive has taken to his road bike and completed many long distance challenges, raising money for a number of local charities.